The Physiology of High heels


The heeled shoe is a normal shoe (which should be prohibited by the Geneva Convention) but with the added extra inches at the heel by means of the so-called "wedges" or an increase more or less close commonly called heel, some are also equipped with a platform at the front, to mitigate the gap: it is known as "pleateau", commonly known as truzze at the "buck", in honor of the famous philosopher, known transvestite. The shoes, given the choice of female hysteria for combinations cloakrooms, have different shapes and colors. Each shoe is his mistress. Hopes are all whores easy. The heel in fact has the same form of tampon that sticks where you want to be now.

There are many categories of shoes with heels, whose names are generally not known to men, too obscured by the legs of the wearer to worry about the technical name of those damn things that leads to very sexy feet that make tic-tac but then, however much are removed before going to bed or not, depends on the tastes:

The most simple and classic are the décolleté, usually in patent leather or black leather, which combine with an elegant black dress or a suit, in practice a professional woman, careerist and self-confident, short for an acid bitch that do not you ever give unless you can not buy him many others, along with many other nice cars, houses, diamonds and jewelry. To dodge like the plague the décolleté of different colors from a sober black (bright red, yellow piss orange) indicates a personality or schizophrenic or a woman from fidelity SERENOVARIABILE from which it is best to stay away. Dubious even those with little flowers, bows, ribbons and various trappings that usually suggests a woman vain, frivolous and very shallow, in short, a real goose gleeful. 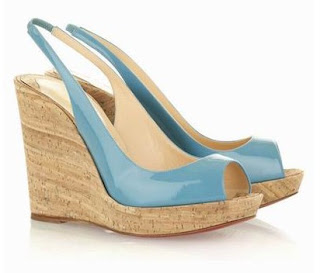 A variety of décolleté first of which consists of those with a strap behind, above the heel: the lead or sfigate who believe they live in the 70s or fifties looking for a healthy sex who remember the good times when "Menopause" was just a strange term on the books of science, in which case the heel is lowered and becomes more squat. Rischiosissime to carry, because the lack of support stopped taking his foot wrong and exposes them to all sorts of stumbling blocks. And frankly ugly from an aesthetic point of view.

Most popular and casual sandals, in every shape and color, suitable for summer and beach parties, especially with the wedges. Very diverse in style and wearability: you switch from unsustainable stilts comfortable but hideous rafts. Index of a cheerful personality, lively and fashionable, that of a girl whose availability is directly proportional to how much he drank / ingested / smoked.

Where is your God now?

In autumn and winter, not to bathe in puddles and make way, spread the boots, they also invariably with heels. It can carry or above or below the pants, in which case respectively indicate the opening (mental and legs) or less of the subject, or with a skirt and with socks of various kinds and grammage. Much depends on the individual model: it goes from modest black suede boots that are well under a coat paired with provocative black leather boots, most suitable for occasions of seduction and lust. They take them to the good women and those who keep us to the image, even though they are married or already mothers. Over the boot becomes aggressive, the more likely that the dear hubby has difficulty passing through the doors because of a massive antlers that comes out from behind the ears.

Some evil genius has seen fit to add even to a heel sneakers, born precisely to make it comfortable and automate the complex art of travel along the three axes of the coordinate plane. We will not discuss these perversions, or we will speculate on the moral and psychological qualities of a woman who chooses to risk breaking your neck for a pair of Nikes.